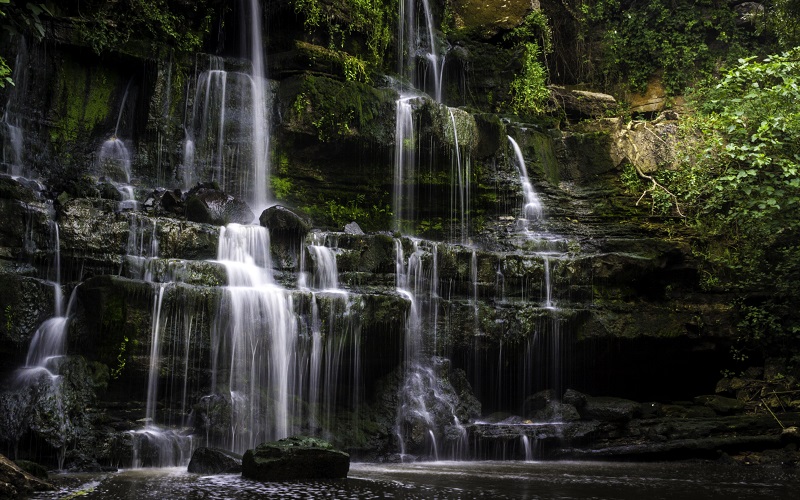 Also known as Bajouca Waterfall, it is located in the town of Fervença, and hence known commonly as Fervença Waterfall. It is fed by a stream with a reasonable flow, which starts at Granja do Marquês and flows down the hillside towards Ribeira de Cabrela, a tributary of the River Lizandro. This stream used to drain the marshes that existed in Quinta da Granja, or Quinta do Marquês as it was also known because it was owned by the first Marquis [‘Marquês’, in Portuguese] of Pombal.

The beauty of this waterfall is stunning, lying in a secluded recess of difficult access, which most likely explains its charming virgin nature.